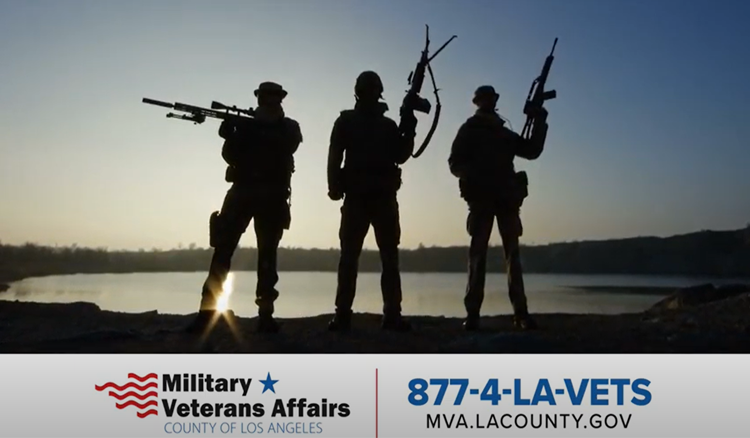 MVA has launched a media campaign to promote services provided by MVA’s accredited Veteran Service Officers to assist veterans, National Guardsmen and military reservists throughout the County. The goal of the Vet Day LA campaign is to reach military veterans between the ages of 25-54, and encourage them to take advantage benefits they are entitled to after serving in the US military. The campaign leading up to Veterans Day includes four media strategies to increase awareness of MVA services: radio, television, social media and direct marketing.

Radio and television messaging is currently airing on KPWR-FM, KDAY-FM and KLOS-FM, and KDOC. See our new spot here.

The campaign includes veteran stories on film, including VSO Tiffany Apodaca, who started as an intern at MVA and is now a VSO.